It seemed like 2020 would not be a good year for the Model United Nations (MUN). After Seishin students successfully attended their international MUN in Germany in November of 2019 (where we received an “Honorable Mention” for Best Delegation), by April we were looking at the possibility of no MUN events at all this year. But over the next several months, our students were actually able to participate in Seishin’s most active Model UN year to date. Below is a look at our accomplishments in 2020. 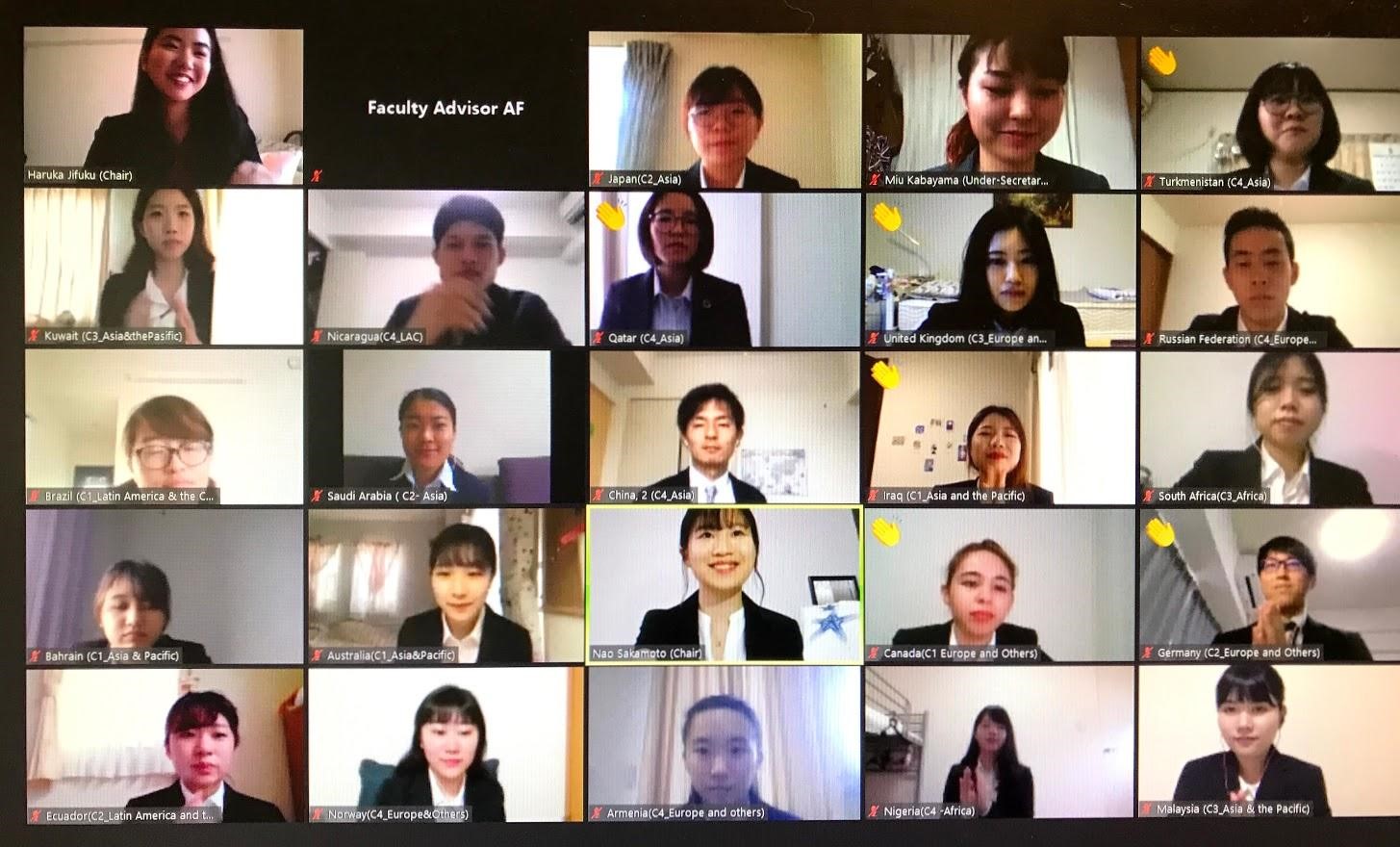 Japan University English Model United Nations (JUEMUN)
In March, after some discussion of possibly cancelling, it was decided that the JUEMUN Conference would be held online with 150 students participating. It took place as a staggered event over the spring with a final session at the end of June. Students participated in virtual sessions using a variety of tech platforms such as Zoom, Flipgrid and Google Docs to discuss “Women’s Empowerment” (SDG 5) around the world.

From Seishin, 20 students who took the Model UN Jiritsu Seminar, joined JUEMUN. For most of them, it was their first time participating. Fortunately this year we also had four returning “veteran” students who were able to instruct and advise them. The students, or “delegates” worked extremely hard and often late into the night, but were ultimately successful in delivering policy speeches, drafting resolutions and negotiating in their committees with 150 delegates from other universities.

Gender Equality Project
In July, once the JUEMUN conference had finished, we gave students the option of finishing the class early. After all, they had worked way beyond the 16 periods of required class time. But most students eagerly wanted to continue. So, we shifted our focus from global to local, and took a close look at the women’s labor situation in Okayama Prefecture. Students formed four committees:
1. Improving the Lives of Working Mothers
2. Fostering More Women Leaders
3. Sexual Harassment in the Workplace
4. Improving the Work Lives of Women with Disabilities 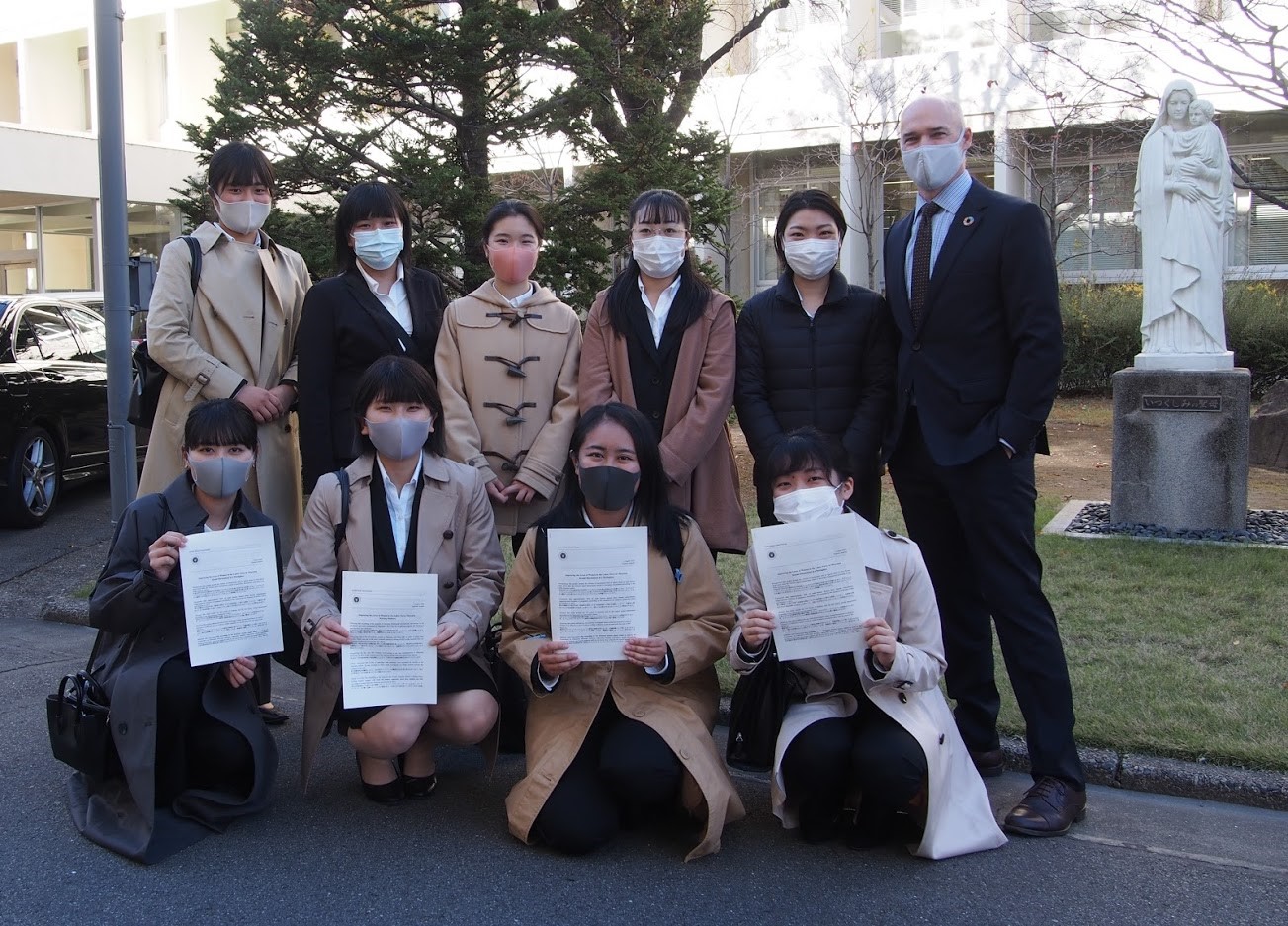 This time, they would not be representing foreign countries, rather they would represent themselves: Concerned young women of Notre Dame Seishin University, who would soon be entering the workforce.

Throughout July, students researched, shared and discussed ideas. Then they wrote four “draft resolutions” with their recommendations for Okayama’s prefectural government. They spent summer vacation polishing and translating their ideas into Japanese.

Finally, in early December, they were invited to the Okayama Prefecture
“With Center” to present their eight pages of ideas to government officials, specifically tasked with improving gender equality. One by one, students representing the four committees presented their recommendations. Prefectural staff followed with difficult questions, but the students answered them all expertly and professionally. Prefectural staff were very impressed and said they would consider the students’ ideas at their next policy meeting. As their professor, I was extremely proud of the students, and how they had so confidently transitioned from roleplaying to real involvement in local government decision making.

Here is what some students had to say about the experience:

Without the struggle of the Gender Equality Project, I may still be a shy person. These MUN experiences make me strong.
-- Yumi Kikuchi, 2nd Year

Japan is a developed country, but in terms of gender equality, Japan is not developed at all. There is still a strong stereotype and it is us who need to change it.
-- Mami Kumei, 2nd year

Through the Model United Nations Class, I could get my confidence. I could not imagine my present development in April. The MUN class has changed my mind from shy to active, then I could express our opinions to Okayama prefecture as a committee leader. I really appreciate all classmates and professors who changed my mind.
-- Miho Kaizaki, 2nd Year

I was able to learn about foreign issues and the policies that other countries implement. In addition, I could develop my research ability. When I researched gender equality in Japan, I realized again that Japan has many problems that we need to improve. I had not felt a gap between men and women, but It’s just that I didn’t realize it but I noticed that I had actually experienced gender gaps. The experience we actually shared our recommendations with the staff of Okayama Prefecture was very valuable and it helped me in the future as a working woman in Japan.
-- Ayumi Hira, 2nd Year

I was shocked to know Japan had an absolutely low position in the Gender Equality ranking in the world.  Working mothers, women in managerial positions, sexual harassment, and women with disabilities, whatever it is, we have to make a positive approach to people in managerial positions in companies and politicians to change their minds.  It is inadequate that only victims and few people around them take action.
-- Minami Iwagishi, 3rd Year

I enjoyed this project overall from April to December. Searching process, especially in the beginning of April, was tough, but a lot of people helped me, and even in the online situation, I could see my friends were trying hard. That inspired and encouraged me. Also in the online MUN, I realized many university students were interested in the global topics and think them seriously. If I hadn’t taken this class, I wouldn’t have had opportunity to think deeply about the global issue with around the same age people, so this was very precious opportunity for me to broaden my mind. After the MUN, we focused on the local problem, and that pretty much related to myself, so that helped me a lot. And I could feel that “study” connected “daily life”. I felt the difficulty to fill the gap between ideal and reality. As a future working woman, marriage or getting a baby could be the turning point, but it does not mean the quitting a job.
-- Chika Tanimoto, 4th Year

I want to keep it in mind what I researched, learned and discussed and how much struggle I overcame with friends in my two year MUN activity. MUN was the toughest class but I never wanted to quit. MUN activity really made my university life bright. MUN brought me friends. It was a more than wonderful and more than awesome experience.
-- Mari Ueno, 4th Year 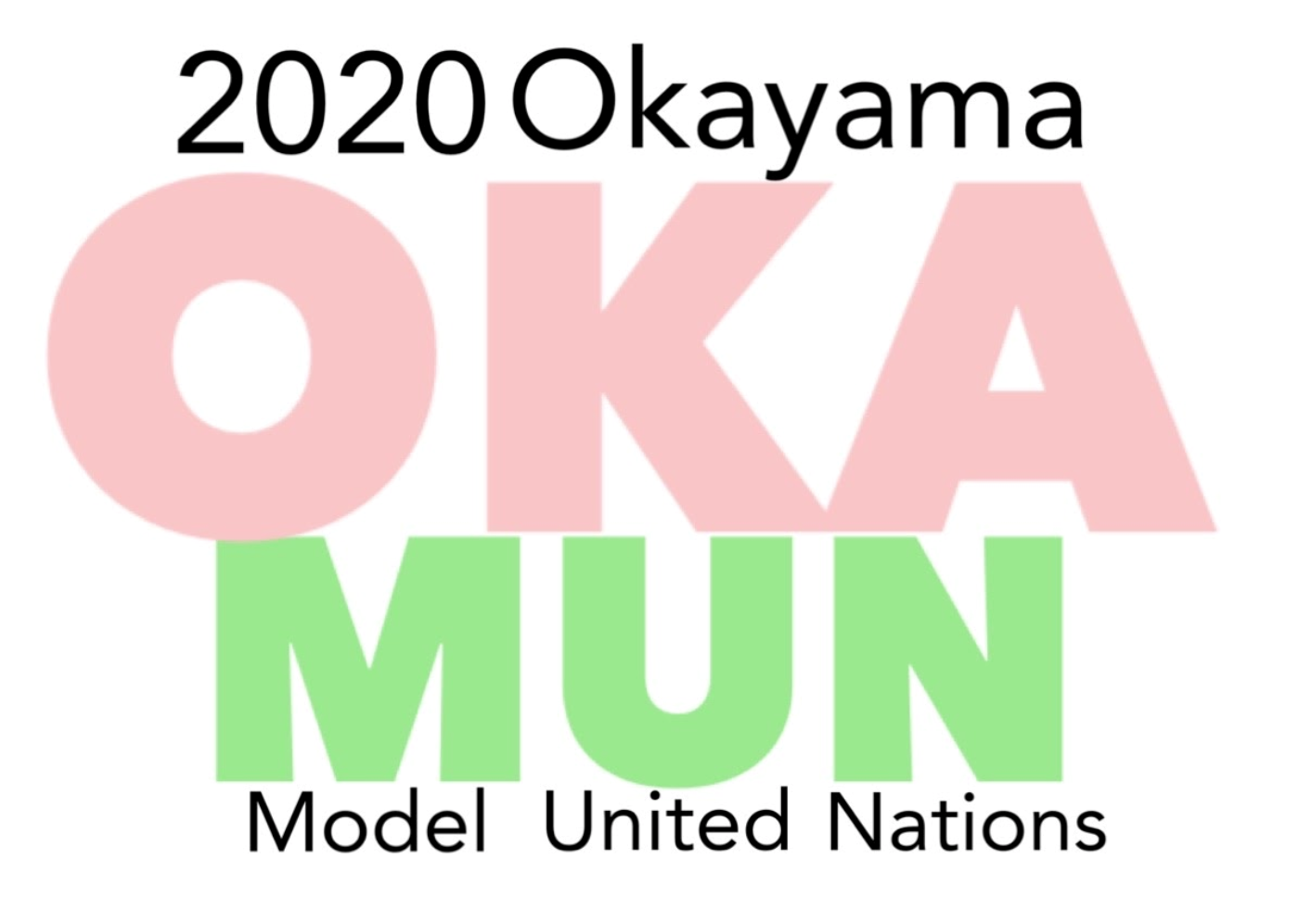 Okayama Model United Nations (OKAMUN)
For the fall Jiritsu Seminar, we had planned to prepare students to participate at an international Model UN in Kobe, which had to be canceled due to COVID-19. Demand for another conference was high, not only from our own students, but from other universities as well. Thus, we decided that Seishin would host its first Model UN conference entitled, OKAMUN. The theme was “Hunger in the Era of COVID-19.” Like JUEMUN, it was held online, with meetings rolled out during the fall and culminating with a final Zoom session on December 6th. The conference was entirely organized by Seishin student leaders who served as Secretary Generals, Chairs, Assistant Chairs, etc. 60 students from five universities were in attendance. The event was a great success. According to a post conference survey, Seishin students said it had a great impact on their English. In addition, it helped them develop as global citizens and take an active interest in the SDGs.

So this year, not being able to travel actually enabled us to build and solidify our Model UN program at Seishin. We fostered MUN leaders, capable of hosting their own conference, and perhaps more importantly, they were also able to pass their knowledge and expertise to new students to make our MUN program sustainable for the future. In addition, we were able to go from global to local and virtual to real by taking our policies on improving the lives of working women to the Okayama Prefectural Government. It turns out that 2020 was a great year for Seishin’s Model UN students. I am sure they will be able to deal with whatever awaits them in 2021 and beyond.