The English Department here at NDSU is happy to announce our library display this fall will be on Frankenstein. Please come by and enjoy.

Frankenstein (1818) is the most widely published English novel of all time. It is also the most widely read work of fiction in English language universities and colleges (Chaucer's Canterbury Tales comes a close second). The author, Mary Wollstonecraft Shelley (born Mary Godwin), was only 19 when she began to write her gothic horror classic. 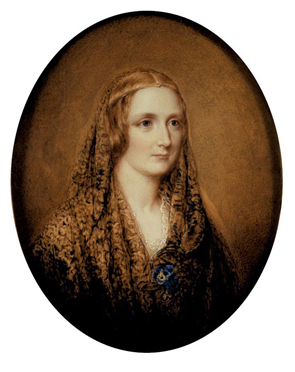 In 1816, 19-year-old Mary Godwin was spending time at Lake Geneva in Switzerland with her future husband, the British Romantic poet Percy Bysshe Shelley, along with a few other guests. They had been reading a collection of German ghost tales, and their host, the British Romantic poet Lord Byron, suggested a contest to see who could tell the scariest story of their own. Mary listened to others tell their tales, and later her story, Frankenstein, came to her in a "dream vision" later that night as she slept.

Frankenstein; or, The New Prometheus is the story of a doctor, Dr. Frankenstein, who creates a new being out of dead body parts that he steals from freshly dug graves. He attaches these parts together, and then he shocks his creature into life with electricity. The subtitle of the novel, "The New Prometheus," refers to a Greek legend in which Prometheus creates humankind out of clay.

A number of screen adaptations have been made of Mary Shelley's famous horror novel. The most famous remains the 1931 version produced by Universal Pictures, starring Boris Karloff as Frankenstein's monster. Today, largely because of Hollywood, we think of "Frankenstein" as the monster. In Shelley's novel, however, "Frankenstein" refers only to the creator of the monster, Dr. Frankenstein, not the monster himself. 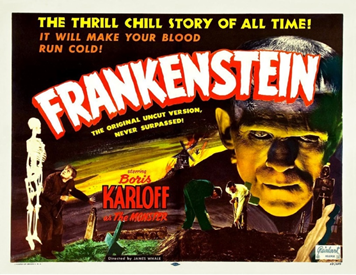 In 1935, Universal Pictures released The Bride of Frankenstein, again starring Boris Karloff, with Elsa Lanchester as his bride-to-be. The movie develops the desire for companionship and understanding that Mary Shelley's monster desperately and violently seeks.